The Sen and other Eastern Healing Modalities

Do not blame your Crypto losses on Elon Musk 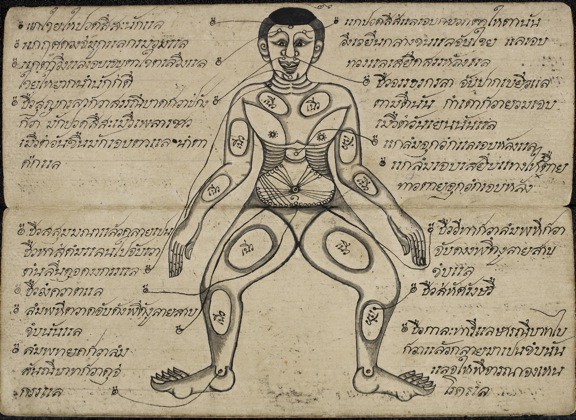 See my first essay in this series The ‘Sen’ — the Meridians of Thai Massage.

As is the case for the nature and map of the Sen, there is plenty of variation on whether the Sen are similar to the lines used in other modalities or whether they should be regarded as their own, complete system.

Whoever is familiar with the Meridians in Chinese acupuncture or with the system of the Prana Nadis in Yoga will find lots of similarities. All the chakras, the main energy centres in the yoga tradition are covered. I’m personally very much convinced that all these different traditions have the same origin and background that the differences we find today are of minor importance. Anyway, whatever system of energy lines you use in your work, it is based on the experience of hundreds of years — and it does work.

Ananda Apfelbaum agrees, saying that on the basis of geography, history and migration, Buddhism, Ayurveda, Chinese medicine and yogic traditions must have intermingled and influenced one another.

But Nephyr Anne Jacobsen is very clear that the Sen are their own system and part of the Traditional Thai Medicine, and should definitely not be confused with TCM meridians. Unlike the Chinese meridians, the Sen do not correspond to certain organ functions. The Sen pathways are also very different — they all begin in the navel area and end at the extremities of the body, such as the fingertips, toes and head. TCM meridians can take any route across the body.

Here’s a map of the TCM meridians for comparison.

Kam Thye Chow, who was a student of Asokanada, agrees with Jacobsen, and says that the the fundamental difference between the Sen system and traditional Chinese medicine (TCM) is that TCM relates energy (Chi) to specific organs. The names and application of the meridians reflect this, so you have lung meridians, heart meridians and so on.

Chow integrates the Sen system with Ayurveda and says that the practice is focused on balancing the Tridoshas rather than freeing the Lom. These are Vata (air and ether), Pitta (fire and water) and Kaptha (water and Earth) and thy provide an orientation on a person’s fundamental mental and physical nature.

Nāḍī (Sanskrit: नाडी, lit. ‘tube, pipe, nerve, blood vessel, pulse’) is a term for the channels through which, in traditional Indian medicine and spiritual knowledge, the energies such as prana of the physical body, the subtle body and the causal body are said to flow. Within this philosophical framework, the nadis are said to connect at special points of intensity, the chakras.[1] The three principal nadis run from the base of the spine to the head, and are the ida on the left, the sushumna in the centre, and the pingala on the right.

The nadis play a role in yoga, as many yogic practices, including shatkarmas, mudras and pranayama, are intended to open and unblock the nadis. The ultimate aim of some yogic practises are to direct prana into the sushumna nadi specifically, enabling kundalini to rise, and thus bring about moksha, or liberation.

From this quote, you can see how initially similar the concepts of Nadis and Prana are to the Sen and Lom. But there is a fundamental difference: the Sen are part of the Thai medical system where the line you work depends on the complaint you want to address. For example, bronchitis and other respiratory conditions require the practitioner to work Sen Sumana, as do upper digestive tract and diaphragmatic complaints such as acid reflux or hiccups.

This medical aspect obviously doesn’t apply to a normal Thai massage, where the practitioner treats the whole body to achieve relaxation, flexibility and well-being. Most Thai Massage practitioners do not have training in the Thai medical system.

Thai Medicine as a complete system

Nephyr Anne Jacobson in her book ‘Seven Peppercorns, Traditional Thai Medical Theory for Bodyworkers’, describes every aspect of the Traditional Thai Medicine. The Sen share the stage with Thai Element theory, herbology and spirit medicine. When performing Thai massage, the aim is not to release tightness in the physical structures but to move the lightest element — wind — though the body.

PS. The inclusion of the image above is not intended as promotion for Nephyr or her view; I have included it to make the point that this is one possible pathway available to those interested in deeper study of Thai Massage. 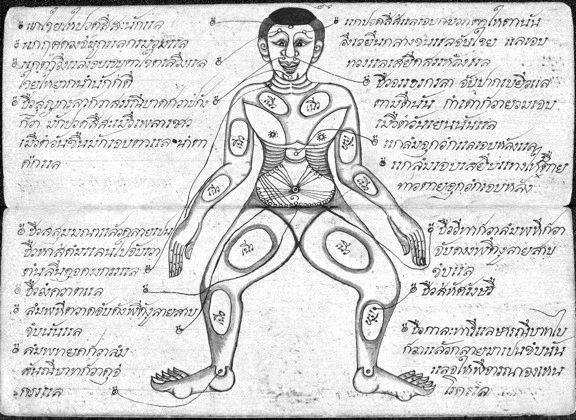 The ‘Sen’ — the Meridians of Thai Massage